Thank you all so much for all you did to make our home so beautiful! We are enjoying your hard work and practical suggestions (i.e. cubbies in 1/2 bath, kids bath, etc.). We also appreciate the new friendships we have gained. Looking forward to spending time in the new house with you! 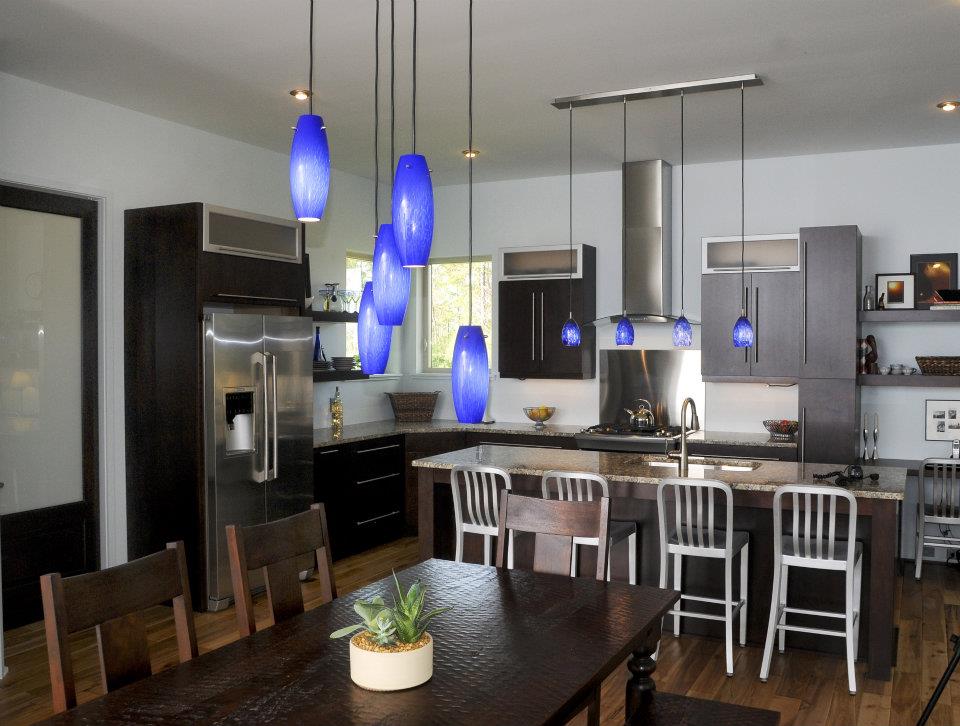 We are delighted with our new home! We love everything about it and enjoyed the building process, but it didn’t start out that way. Several years ago we found our dream lot and wanted to wait until we retired to build. After looking at building costs, taxes, wear on our cars and cost of gas, etc. we decided to get some quotes on building in 2011. We were very impressed with Senter and Weigand Home Builders. Neil, Tim and Heather listened to all of our wants and needs, including energy efficiency, style, and budget. We found a plan and tweaked it to be exactly what we wanted, as we are planning on this being our last home. Their building costs fit perfectly into our budget and we got started with the process. Unfortunately, we had not done a soil test when we originally bought our lot. At the recommendation of S & W, we ordered one. The soil test revealed that our land was not stable and it was determined that we needed to build a foundation that included pilings in order to make our home secure. This was a huge disappointment as these additional costs were approximately $20K over our budget.

The good news is that the staff at S & W Home Builders helped us make it work. We started building on a strong foundation and S&W provided suggestions on how we could incorporate our other wants in a more cost effective way. Now we have a home that is perfect and secure and our family is so happy!

We hired S & W to remodel our kitchen and master bathroom. This is the first big project we have undertaken with our home, and we were scared, stressed and a tad overwhelmed by the whole thing. Fortunately, we had the pleasure of working with Neil and Tim throughout the process. They explained everything in detail and put our minds at ease about the work being done at each stage. Their subcontractors were knowledgeable, efficient and downright friendly.

One of the most important things for me with this project was the time frame. We have two young children at home, and I didn’t want to be without the use of my kitchen any longer than I had to be. S & W was not only on time with completion of the kitchen, but they ended up being a little ahead of schedule. Moreover, with Neil and his wife Heather’s help, we ended up a bit under budget too. They were able to help us pick out tile and fixtures that suited our tastes as well as our pockets. My husband and I knew nothing about tile, but Neil and Heather spent an entire afternoon with us at the tile store until we figured out what we wanted and could afford. My friends rave every time they come over about the backsplash in our kitchen!

S & W went beyond our expectations in completing our remodel. They were creative, flexible, experienced and highly professional from start to finish. We are planning to add on to the back of our house in a few years, and there is no doubt that S & W will do the work!

I became interested in S & W after walking through a house you’d previously built. What really got my attention was the attention to detail there – finishing details like tight wood joints, square corners, wood shelves, a full-width drain in the low spot of the driveway, high quality materials throughout the house, and visual interest of the trim materials like moldings, tile and stone. Even the interior paint looked solid and not powdery like a lot of new homes often do.

After looking around Wilmington at existing houses which were for sale, I never saw one house that even came close to the quality of that house. I was skeptical that I’d be able to afford a house of that quality level in Wilmington. My realtor convinced me to at least talk to you guys about building a new house on the lot right next door to that first house. After inquiring about building a new house, S & W promptly came back with a list of designs for me to look at, and we met a few days after that to discuss them. From the beginning of the process through construction and closing, you all were always on top of things and quickly addressed and questions or concerns which arose. During that first meeting I was particularly impressed with the responses to my questions about the different house plans in the areas of cost, use of space, house siting. Tim and Neil even made some suggestions for modification of the plans for the house we eventually built.

My major concern about building a house was not the drawings, plans or construction. I’m an engineer and I’m comfortable with those things. I am also currently single and have no sense of style, and without a female to consult I was worried that I would wind up with the housing equivalent of a striped shirt and plaid pants. I shouldn’t have been concerned. Heather was so helpful during all of that. She worked with all the suppliers, made lists of options, and provided VERY valuable input. She also did this with concern for my wallet, which I appreciate. The end result was a house with a color and fixture scheme I liked and suits my personal taste. The house has a lot of visual appeal inside and out.

As construction began, I liked seeing that Tim and Neil did most of the work themselves. I got the feeling that they were putting the level of attention and detail they would put into their own house into mine. They made several suggestions to improve the design of the house. Even “little things” like switch placement, door openings and outlet positions were discussed. The end result was a solid house that just feels very well put together. We’ve had a fairly cold winter in Wilmington this year, but my electric bills for both December and January for my all electric house have been about $125 each, which I think is outstanding. The summertime bills were less than that, and my smallest bill has been about $50. I don’t think I’ve ever had a bill that low in a house or apartment, which I think is evidence of just how well the house is built. It just sort of put an exclamation point on the whole S & W experience – great vision, creativity, quality, service and execution. My thanks to everyone!

We recently had a home built by S & W Home Builders in Wilmington, NC. From the initial bidding procedure to the final inspection, we were extremely satisfied with the project. Their hands-on approach gave me peace of mind knowing that my builder was doing a lot of the work themselves. In addition, they insured that the sub contractors performed to perfection.

They were on the job daily making sure the work was done properly and that the job site was clean at the end of each day. The follow up after completion continues to be outstanding. As we have told several friends of ours, if we were going to build ten more homes, S & W would build them all.

You rarely see construction quality as nice as S & W has built into their homes. The trim around the doors and windows in our home still fit as perfect today as the day it was built. The flooring, lighting and cabinets are top of the line and the efficiency of the home is absolutely amazing. Our power bills are nearly half the amount they were in our last home that was built by another builder (and that house was smaller!). A lot of careful planning and design went into this home and it shows everywhere you look. The open line of communication with S & W has been priceless. You truly are a person and a friend to them, and not just a number. We highly recommend S & W to anyone seeking a quality-built home with zero headaches.

When we decided to renovate our community’s Beach House, we knew that Senter and Weigand Home Builders (S & W) would be able to meet the high standards of our residents. S & W’s exceptional craftsmanship and their careful attention to detail resulted in a finished product that went well beyond our expectations. They completely refurbished a structure that had major wear and tear. To tell you the truth, I don’t think the Beach House looked this good the year it was built.

Neil Senter kept us informed as to the progress of the renovation every step of the way. We always knew what was being done and why. There were no surprises, and the results speak for themselves. When you deal with Senter & Weigand Home Builders it is okay to set your expectations high, because they will live up to all of them.

We highly recommend them as a builder of choice to anyone looking for quality and professional work.

Being in the real estate business, I often have clients in need of a builder for a custom home, renovation project, or addition. The S & W team has always taken excellent care of my clients. They are responsive, honest, and budget conscious. Their hands-on approach and attention to detail make them an excellent choice for anyone looking for a reliable builder. Their craftsmanship and work ethic are second to none.